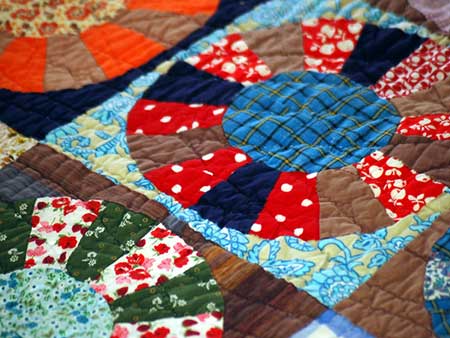 I first talked to Tom 5 weeks ago about how his well water was leaving their laundry looking “dingy” and “grey” and did I know what caused this condition? A few days later I received a small 4 oz. bottle of his well water which I did a Free test. I found the water to be quite hard, which means it contained a lot of Calcium and Magnesium that causes hardness in water. It was also high in another common mineral contaminant called Manganese. Medford City water contains about 3 Grains Per Gallon (GPG) of hardness and Tom’s well water tested to be over 6X’s harder at 20 GPG. His Manganese was 10Xs high than the EPA standard.

Now that I knew what was in his well water I told him that I would guarantee him that his laundry and dishes would come out sparkling clean and that his having to replace his dishwasher every 3-5 years would now only happen occur every 15 – 20 years, or more, depending on the manufacturer’s quality. He also shared with me that his wife, who had long black hair, was very displeased with their well water because it made her hair feel dry like straw and hard to manage.

He carefully considered the benefits but was still on the fence uncertain as to if the benefits would be equal to the costs. Another 3 weeks went by and Tom called again telling me the problem was now getting worse. They were starting to not just get “dingy” laundry but now some of the white items were getting black stains on them, as well as the shower tile and bathroom sinks. I had him go to his oldest toilet tank and he confirmed that the walls of the toilet tank were jet black. “Tom, I can tell you with certainty the cause of this new water quality challenge was Manganese.” I said. Again, I suggested he allow me to treat his water with one of our high quality 5 year Warranted Water Softeners, that included a Money Back Guarantee. Not only would my Softener handle his toughest hard water issues but if it would help him I would give him in house terms where he could pay it off over 3 to 4 months without any paperwork. He promised he would talk it over with his wife. Another 2 weeks went by and I got very busy as I always do figuring he would call me if moving forward made sense.

Tom called again, just 2 weeks ago, for the last time. Tom was beside himself and called very agitated and flustered: “When can you get over here to install my water softener?” My wife said to call and get you over here as fast as possible.” “What happened?” I asked. It turns out that his wife had just washed her heirloom quilt and it now had been ruined due to all the black stains over it because of their well water. I quickly arrived with one of my correctly licensed sub-contractors to help me install the softener and eliminate the cause of all their water problems once and for all.

Just yesterday Tom called to tell me how excited they are with everything looking and feeling clean like they have never experienced before since they moved in. Needless to say Tom and his wife have never been happier. His only regret, he said, is that they did not call me 5 years ago and get a system from me then instead of living with their bad water as they have done for so many years.

It has been my experience, after helping so many families achieve pure well water, that most people do not like spending any money for a whole house, or even an under the sink reverse osmosis system, but 100% of my customers never regret their purchase and would never trade the money they spent if they had to live with unfiltered water again.

I love working with water because I truly make my living by often times changing people’s lives by giving them a lifetime gift of their very own pure well water for decades to come. Life is just too short to live with bad water is our motto at Pure Water Solutions.

If you are concerned or worried about the water in your home please contact Pure Water Solutions by clicking here or please call us 541-890-2751 for a free onsite water test and no obligation consultation.

As Southern Oregon’s most trusted and reliable company for water filtration an treatment solutions we are proud to provide service to the following Oregon communities:

All systems are 100% Money Back Guaranteed